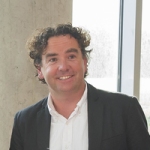 Ray lecturers in Strategic Management at Waterford Institute of Technology School of Business.  Ray’s research interests include strategy and structure in Multi-National Corporations, but are increasingly moving towards studies of modern forms work and organisation with projects on organisational resilience in crisis, fun workplaces, banks as hypermodern organisations, and unemployment as just another type of work, all underway. With Tom Boland he is a co-founder of the WUERC research group and author of The Sociology of Unemployment (Manchester University Press, 2015). In 2016 he received funding from the Irish Research Council’s New Horizons Interdisciplinary Project Award for the newest addition to the WUERC project interests Understanding Unemployment in the Era of Big Data. Research Profile

Tom lectures in Sociology at Waterford Institute of Technology. His core interests are in social theory, historical sociology and the sociology of critique. Recent articles have appeared in journals of sociology, history, anthropology and philosophy. His monograph Critique as a Modern Social Phenomenon was published in 2013 by Mellen Press. With Ray Griffin he is a co-founder of the WUERC research group and author of The Sociology of Unemployment (Manchester University Press, 2015). Research Profile

Aoife lecturers in Mathematics & Statistics within the School of Science and Computing. Her research interests fall under the broad area of Discrete Mathematics. Aoife is especially interested in the area of Combinatorics including Algorithm analysis and Riordan Arrays (particularly the study of Lattice paths relating to Riordan arrays). She also carries out research with the CEOL group in UCC. We are currently involved in a COST Action programme on reversible computation.

Aoife is the STEM Co-PI for the IRC  New Horizons Interdisciplinary Project Award funded Understanding Unemployment in the Era of Big Data. Her work on this project will be to analyse the PEX algorithm and enhancing it based on the qualitative analysis carried out by the AHSS partners.

Aisling is a postdoctoral researcher on the IRC New Horizons Interdisciplinary Project Award funded Understanding Unemployment in the Era of Big Data. She previously participated in research carried out by the WUERC group and co-authored a chapter in the book The Sociology of Unemployment (Manchester University Press, 2015). Aisling has recently completed her PhD in Organisation Studies and Organisation Storytelling with the AIB Centre for Finance and Business Research (CFBR) in Waterford Institute of Technology. Her research interests include social interactions and perceptions of work and unemployment, organization histories and their interaction with social and economic transitions. She is an interdisciplinary researcher with an engineering background, a degree in Sociology and a masters in business. 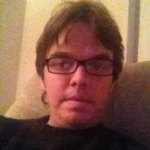 Kenny is currently studying for his PhD at Waterford Institute of Technology. His research is titled Assessing Pathways to Work: The Impact of Labour Market Activation and Sanctions. Kenny is an interdisciplinary researcher with a diverse diverse academic background; after completing a Certificate in Multimedia at Waterford Institute of Technology he continued his education by completing a degree in English and Sociology at University College Dublin. His Masters by research at involved a mixture of these disciplines and was entitled Surveillance, Privacy and Technology: Contemporary Irish Perspectives completed at WIT .  He has previously worked with the TSSG research group in WIT and in 2014  was involved in writing a whitepaper for the OPENi project, since then he has published and presented papers in the area of Privacy and Cyber Security. Research Profile